Before I had an agent or anyone agreed to publish Honey and Me, but my book felt as good as I could get it (after many, many revisions*,) I sent Honey and Me off to a competition for a manuscript award and I won! 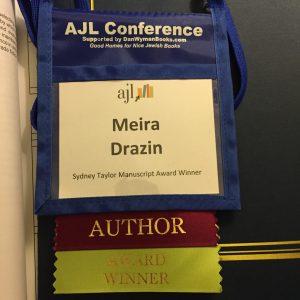 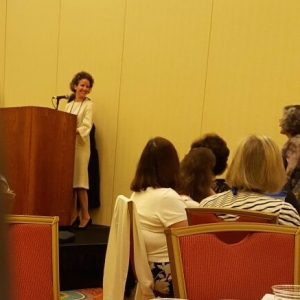 *P.S. It’s gone through many, many more revisions since 🙂

The award is named after Sydney Taylor who wrote the All-of-a-Kind Family series. These books were a huge influence on me growing up. Not only did I love them and read them over and over again, but when I began reading them to my own daughter it made me wonder if I could write something that had the same sensibility as them, but set in today’s world. So it was not only a big honor to win the Sydney Taylor Manuscript Award, but it was an especially meaningful one.

Here is a podcast in which I am interviewed about Honey and Me after winning the award.

Before I started writing fiction, I did lots of other kinds of writing, but all non-fiction. I worked for a not-for-profit organization where, for example, I wrote speeches for my bosses, as well as press releases and articles about all the great work the organization was doing. After I started having children I did a lot of freelance writing, especially for parenting magazines and Jewish newspapers. When I first moved to London I was sad and lonely; I really missed my friends and all the things that had been familiar to me in New York. So I wrote this personal essay about what it was like to drive around London as a new person—and it helped me feel better.