Honey and Me, my debut novel out Oct 18th with Scholastic Press, which follows the highs and lows of 6th grade with best friends Milla and Honey. Cover art by Shamar Knight-Justice.

In honor of my debut novel Honey and Me—a coming-of-age story about the friendship and escapades of two eleven-year-old girls—being available for preorder, I thought I would do a post about the central theme of friendship in middle grade novels. Although main character Milla has her insecurities and must find the courage to step out of her best friend Honey’s shadow, I deliberately wanted to write about a true friendship, supportive rather than undermining, with give and take, each friend filling in in the spaces where the other needs help. 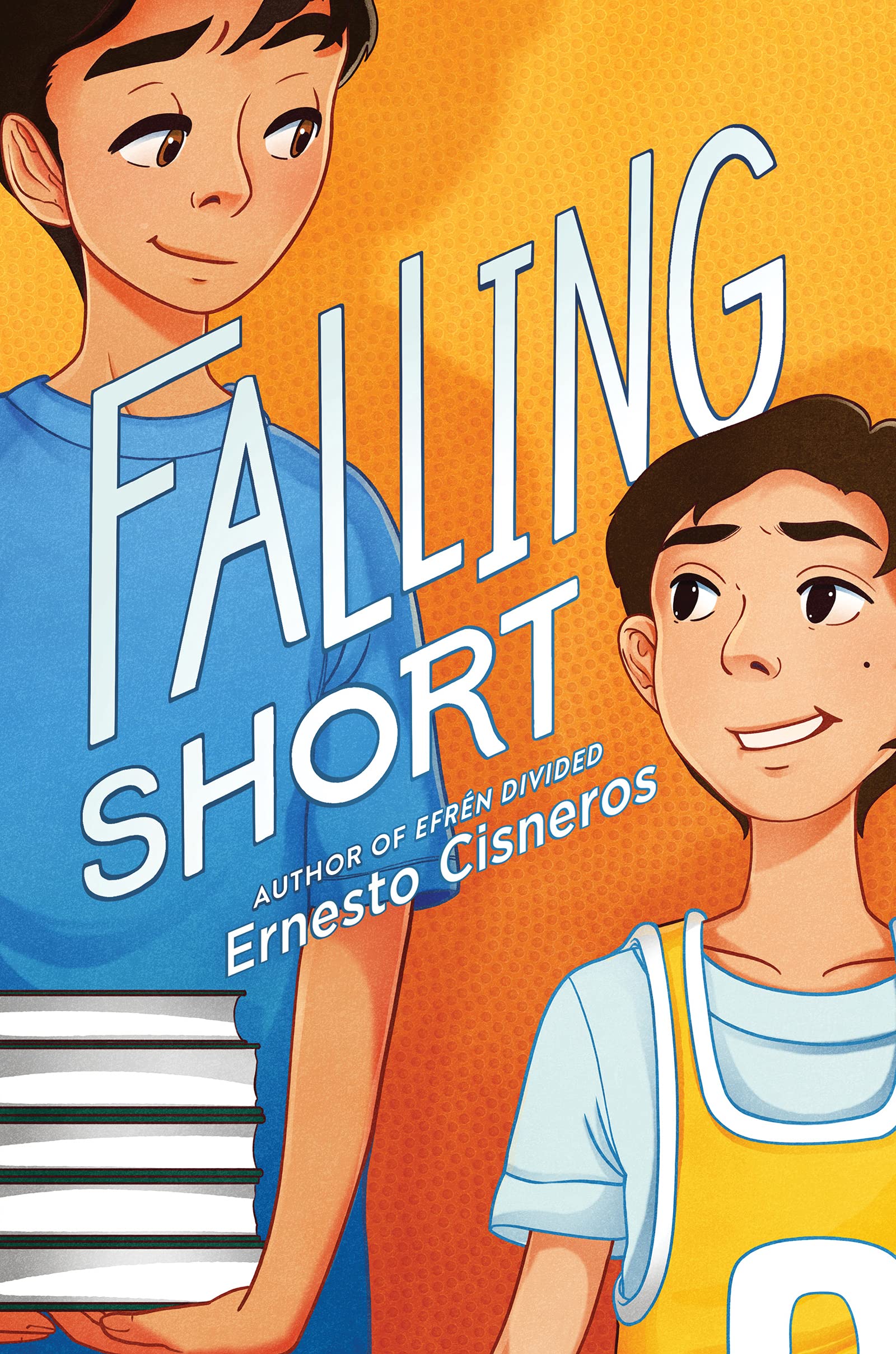 For this reason, I just absolutely loved Falling Short, the new book by Pura Belpré-award-winning author Ernesto Cisneros. Isaac and Marco go through sixth grade going to all kinds of lengths to try to help each other when one has a strength and the other a weakness. The two boys continuously respect each other despite their differences, and I can’t think of another book where the friendship between two boys appears in quite this way (please add in the comments any that you know of!) Everyone should be blessed with a friend like Isaac to Marco, and Marco to Isaac.

Alexa & Katie on Netflix, my favorite show about a friendship

A special shout-out to the Netflix show Alexa & Katie for one of the most beautiful of female friendships I’ve ever seen depicted. While this is obviously not a middle grade novel, I think it’s noteworthy in this context. I watched it with my seven-year-old (who was watching it a second time), my sixteen-year-old loved it too, and although it’s about two girls starting high school (while one is just finishing a course of chemo for leukemia,) I’d say it’s perfectly pitched toward a middle grade audience. If you haven’t already, I urge you to watch it for its humor, poignancy, spot-on cast, fabulous acting, sharp dialogue, and that perfect combination of every episode making me both laugh out loud as well as surreptitiously wipe tears from my eyes. 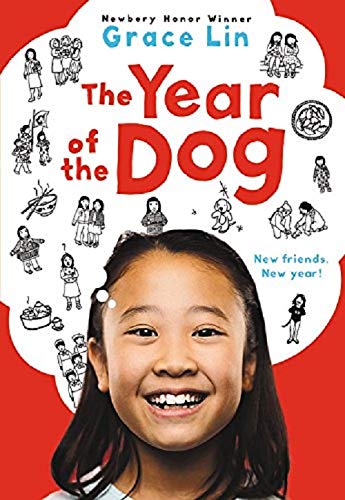 The Year of the Dog by Grace Lin, a wonderful book about finding yourself and friendship

Another book that I adore for the core friendship at its heart is The Year of the Dog by Grace Lin, about Pacy, known as Grace at school, who is looking for her talent, her identity and a best friend. The essence of the Chinese Year of the Dog, which Pacy’s mother tells her is a year for friendship, comes true when Melody arrives and the two girls develop an instant bond. Especially moving and illuminating is this joint interview of Newbery Honor-winning author/illustrator Grace Lin and Alvina Ling, VP and Editor-in-Chief at Little, Brown Books for Young Readers, about how this book is actually based on their own friendship as children! Or this joint podcast interview with them about the publishing industry, or even better their own podcast Book Friends Forever.

WHAT ARE YOUR FAVORITE FRIENDSHIPS?

I put a call-out to my fellow MUF contributors as well as to the SCBWI-British Isles Facebook group for more suggestions of great, not-so-great, favorite or otherwise memorable friendships in MG literature—whether something that you read as a child and stuck with you, or something you’ve read more recently— and got some great recommendations.

Props to YA author Matt Killeen for immediately suggesting “Anne Shirley and Diana… bosom friends.” Although I used “Judy Blume meets All-of-A-Kind Family” to pitch Honey and Me, I think the friendship between Anne and Diana in Anne of Green Gables was definitely an inspiration for my own characters Milla and Honey. And actually, when I think about it, it really does all come back to Anne and Diana, who are eleven when they first meet, as the prototype for middle grade friendships in modern literature. (Again, please add in the comments if there’s something older I’m not thinking of.)

“When I See Blue by Lily Bailey has a gorgeous friendship in it. Hannah Gold’s books have beautiful animal-human friendships of course! And Phil Earles’s When the Sky Falls has an animal-boy friendship too and themes of being understood my someone/thing. The Super-Miraculous Journey of Freddie Yates has a really authentic friendship trio in it and it’s worth checking out Jenny Pearson’s other books as she really gets child friendships right (being a teacher helps).” Anna Gamble

“I like Wish by Barbara O’Connor, Bridge to Terabithia by Katherine Patterson, and as a kid I loved the loyalty and friendship between Sara Crewe and Ermengarde St. John in A Little Princess by Frances Hodgson Burnett.” Laurie J. Edwards

“Soup by Robert Newton Peck was my favorite friendship book growing up. Its about the hilarious adventures during the 1930s of Robert and Soup and it’s based on the author’s own childhood. I also loved All-of-a-Kind Family which explores friendship and sisterhood. Most recently feels almost impossible to choose. So many! But I must include a shout to Simon & Schuster’s MIX imprint (Aladdin Books) which is dedicated to books about tween female friendship. I’ve had the honor of writing three books for the imprint including, Queen of Likes, The Hot List and Things Are Gonna Get Ugly.” Hillary Homzie

The Hot List, by Hillary Homzie, about the “de-intensification of a friendship”

I also want to note that sometimes friendships are unstable, toxic, or unhealthy, and unfortunately this is something that most people encounter at some point in their life, not to mention being the root cause of so much middle school emotional injury. Hillary Homzie’s The Hot List is about what she describes as the “de-intensification of a friendship” which I think is an invaluable topic for an MG book. 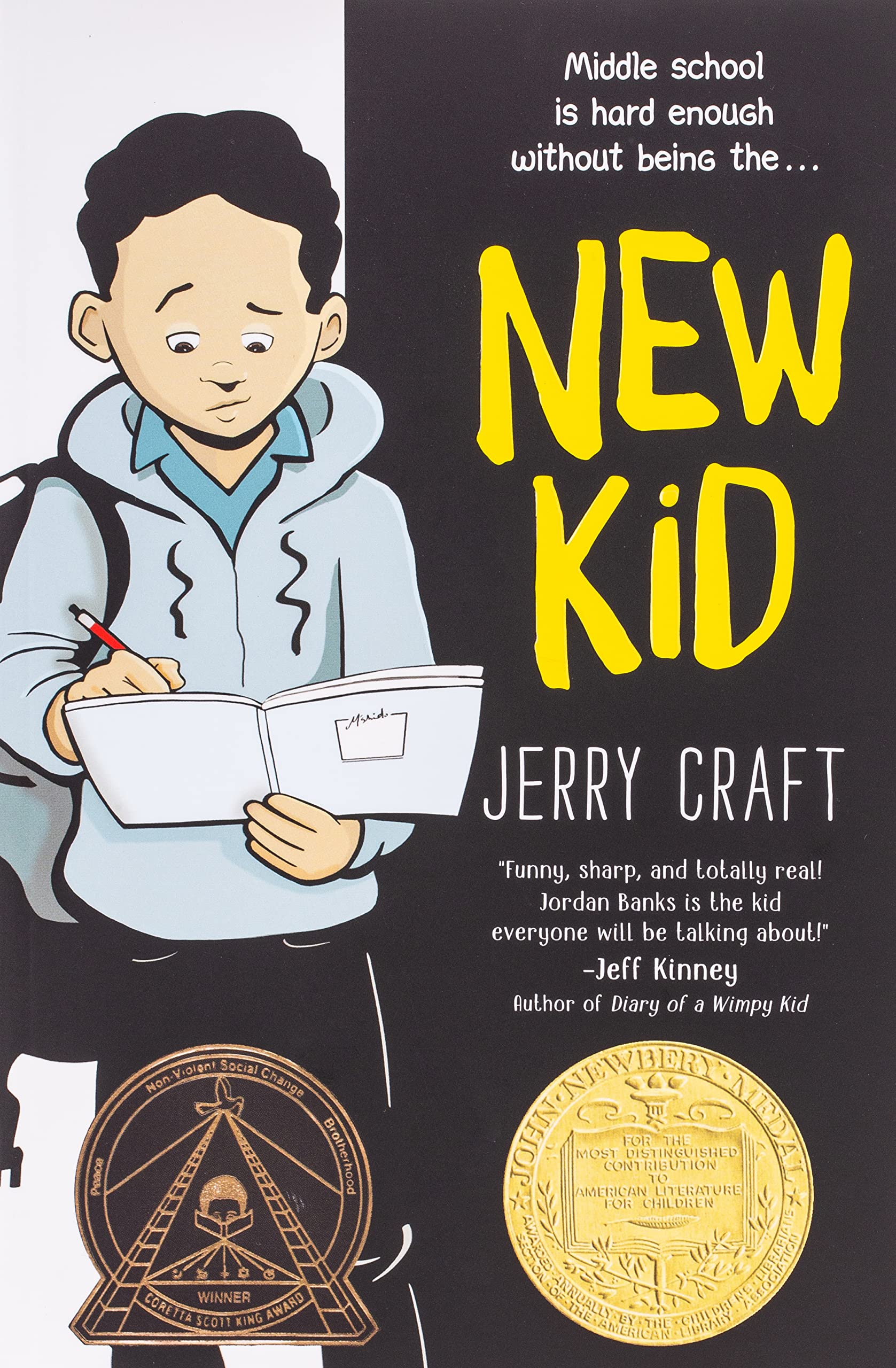 Many people suggested New Kid by Jerry Kraft, which was on my list too.
“I was thinking about your Q[uestion] about MG books and friendship, and how essential friendship is at that age and often how complicated those relationships are. One more recent MG book I really enjoyed was the graphic novel NEW KID by Jerry Craft, about a 7th grade boy named Jordan who starts at a new school where he is one of the few kids of color in his grade. Jordan wants to keep his old friends from his neighborhood and make new ones at his school, but he often feels like he doesn’t really fit in anywhere. This is a smart, engaging, funny and moving #middlegradenovel I think kids really relate to.” Andrea Pyros

Agreed! And I particularly love that in its sequel, Class Act, we also get the POV of some of Jordan’s friends.

I think that one could argue that friendship is both essential in MG literature, and also that little bit of magic ingredient that makes it stick with you long after you are a child, becoming a part of the make up of your own coming of age. Here are some great lists of middle grade books about friendship that have already been compiled. Please add your own favorites, from childhood or more recently, in the comments!

4 of the Best Friendships in Middle Grade Books

Better Together: 10 of the Best Friendships in Middle Grade Lit

Honey and Me, out with Scholastic Press on October 18th, 2022, and available for preorder now. Visit me at meiradrazin.com.